Another Thursday, another Court Workout. After the warm-up, the class was led through a DB clean progression before the game plan was unveiled. 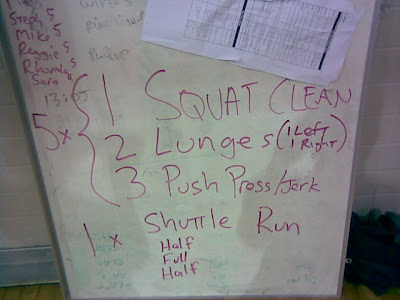 Complete the following as many times as possible in 15 minutes.

1 DB Squat Clean
2 DB Lunges (1 per side; hold the DBs as you would in a front squat)
3 DB Push Presses

You complete the circuit in A five times before hitting the B, the shuttle run. A + B counts as A SINGLE round. 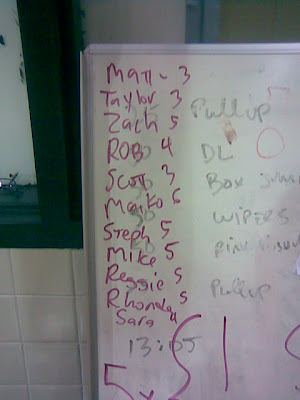 Seeing as the workout was 15 minutes long, that left enough time to do one more workout…

CFDC is on a sports kick! First it was dodge ball, now it’s baseball. The class was broken into teams of men versus women. The bases were as follows:

Only one person per team went, but as soon as the person hit the burpees the next person was set loose. This was done for 9 innings (ie – minutes). A team scored a point as each person finished the circuit.

Despite there being less women than men in class, somehow we ended up with a tied game. 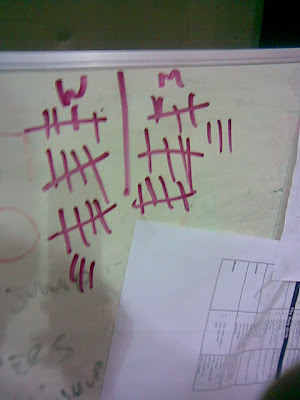 Strong work as always CFDC. Be ready for Sunday’s class!