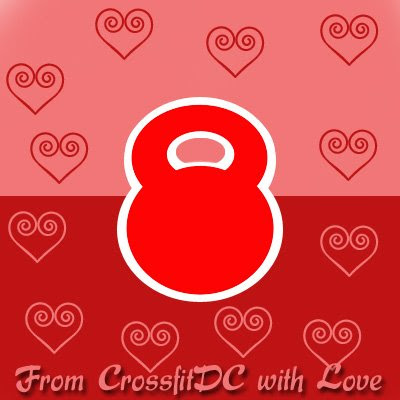 While everyone comes to a CF class knowing they’re going to suffer, thats not the main point.   Sometimes we get too geared up for the intensity, and forget about the movements, the details and the focus.  So Thursday I came in with a simple agenda: better movements!

Class focus was on two major points.   We drilled the Burgener Warmup, which is essential to getting a group capable of using the snatch in their workout.
Second point of focus was a review of the squat.  We do a LOT of squats, in the warmup, the workout, technique work, so any imperfection is a major issue.  The good news is that the groups form was pretty good, and a few corrections made some major  gains .   So, once everyones squat got the green light, it was Tabata time.
8 rounds, score by lowest number.
Congrats to Jeremy who hit 17, and a nice show of extra effort by Salty, Steve O, Tom A, and Reggie, who did B2B style, holding the 10 second “rest” in the bottom position.
Finished up with a relay race of Alligator walks, sandbag push/pull, bearcrawl, sandbag carry, and inchworms.   As I wasn’t to particular with some of the animal moves, we saw some very creative versions.
.
.