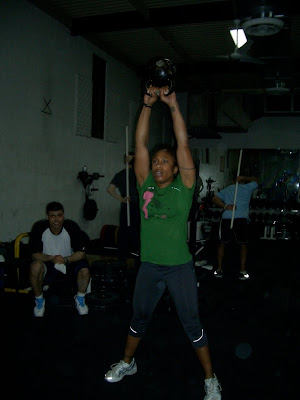 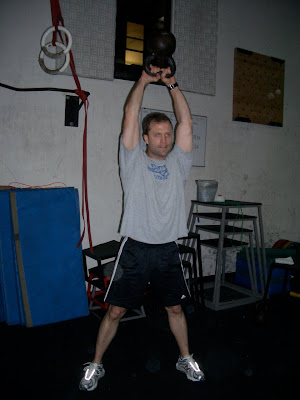 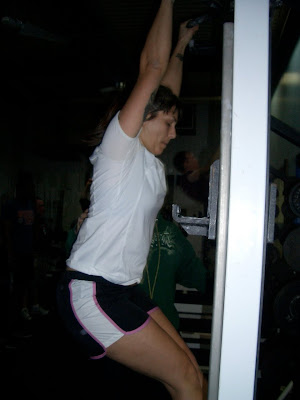 I included this picture for a reason! Torn hands are not good. Its great that everyone is committed enough to getting better that discomfort won’t stop them, but this is not a badge of honor! Its a setback to progress, take care of your hands. keep callouses down, and keep training. 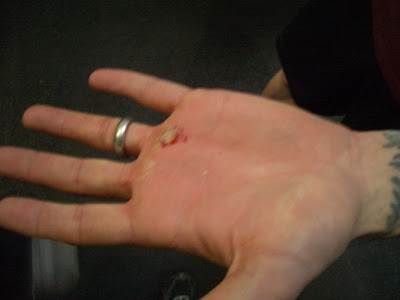 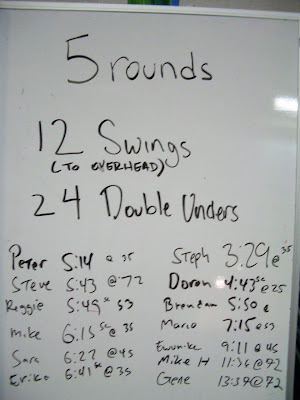 Warmed up with some of my favorite movement drills, and working in some broad jumps. These are good in their own right (and the go to insult to my athletic prowess from mr. Salty), but specifically helpful for a swing workout. And that was what we did:
5 ROUNDS
12 SWINGS
24 DOUBLE UNDERS

Peter led off the first heat with a fast time, but admitted he should have used a heavier bell. Steve O, fresh off he podium at Primal, was just behind him, swinging the 32 kg KB, and Sara with the 45 Lb er. Second heat saw Steph live up to her billing as “The Double Under Queen” with a blazing 3:29! Also notable was Ewunike persevering through with her jumprope being swiped between rounds (the one time someone was picking things up), and Mike and Gene going heavy and getting all the DUs. We also saw nice effort from Whitney, Alanna, Lilly and Orlando assigned a scaled version, and still pushing their limits!

Finished off with a few sets of pullups, working on the kip for the newer recruits. It didn’t take long before Steve, Chris, Peter and Sara were working on clapping pullups, including Steves double clap!