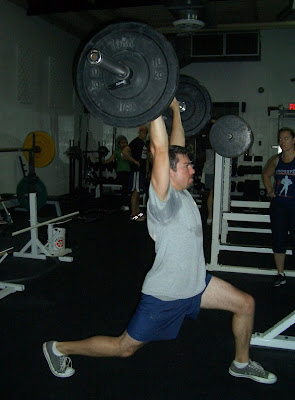 This Sunday was the second in a two-part Olympic lifting series presided over by Coach Mike Choi focusing on the clean and jerk. After a thorough warm-up, the class was again split into two groups. Last week’s attendees warmed-up to the split-jerk with sets of strict- and push-presses while Coach Mike reviewed the fundamentals of the clean with those who were new to the movement. For a good review of the clean, check out yesterday’s post. 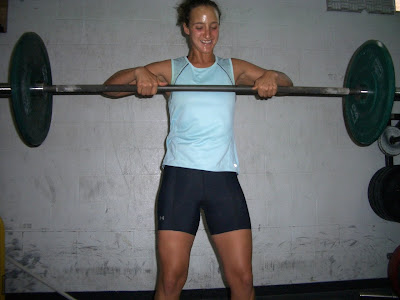 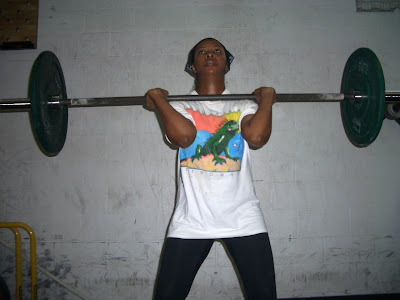 A few things to remember when performing the jerk: from the rack position, dip smoothly (knees driving forward slightly) before driving back up aggressively to initiate the bar’s lift. As the bar leaves the shoulders, drive your arms against the bar and push your body down and under the bar. Lastly, when performing the split jerk, remember that the width of your feet should be nearly the same as the width of your feet in your squat stance. Maintain that width, and you maintain lateral stability – land with your feet too narrow, and you’ll compromise that stability. (nods to Coach Mike Choi and Greg Everett’s “Olympic Weightlifting”) 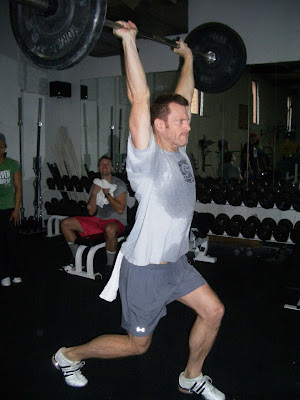 After a long hour of technical work, it was time to relax the mind and tax the body, and after the recent onslaught of burpees, something else was called for: Death by Box Jumps. Starting with 2 box jumps, we added two more box jumps at the top of each minute. The cutoff was set at 10 rounds (20 box jumps), though there were a few hardcores clamoring for more. 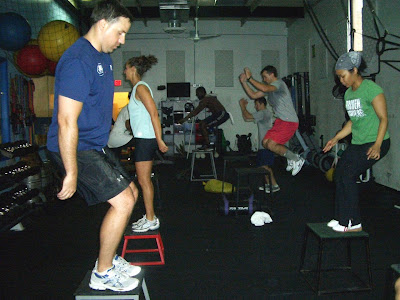 A lot of great work today. Post your loads and rounds to comments, and be sure to thank Mike for two awesome classes. Alex is back to cover class Tuesday night, so come prepared!