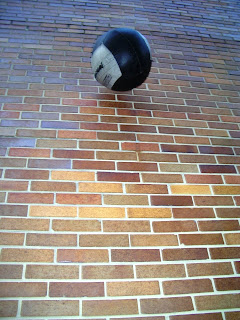 After a heavy bout of power cleans on Tuesday, Thursday’s class began with a little skill work: Kettlebell Snatches.

A few important points when performing the KB snatch:

Since Mother Nature was being so nice and had dialed back the humidity a little, the MetCon was taken outside: 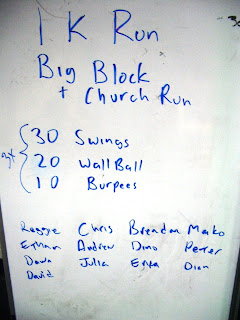 Caveats: You were to complete the 1K as fast as you could, BUT you could not start any of the exercises until your entire team had finished the run. From there, you could move through the 3 rounds as fast as possible (without waiting for your teammates before rotating), BUT your time was equal to the time it took for everyone in your group to finish. 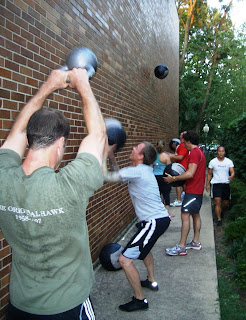 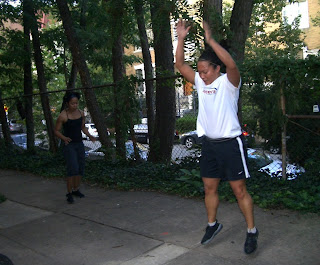 Times for the run and MetCon didn’t make it on the board, and if you could hear or understand Tom over the pounding of the blood in your ears, then post them to comments.