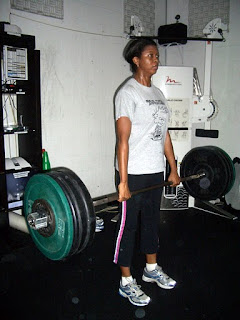 Back to Back holiday weekends just beg to be offset by some heavy lifting. As such, CFDC set out to do just that on Sunday morning – the warm-up itself should’ve been a dead give-away: 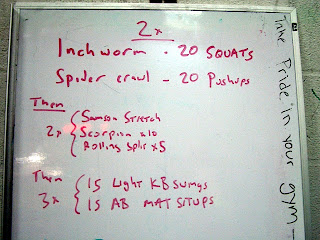 Shortly thereafter, the bars were broken out, and class got down to some heavy deadlifting: 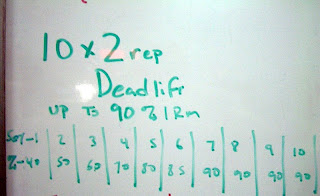 Percentages (the bottom row) were based on everyone’s 1RM number. Kudos to the entire Sunday crew for really paying attention to form and technique. 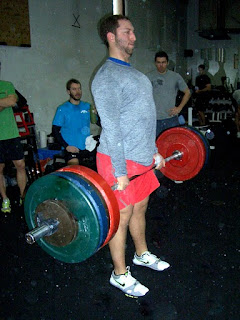 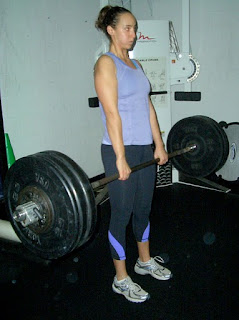 A quick reminder on set-up, since I know it came up at least twice during class: begin with the bar directly over the mid-foot, about an inch or two away from the shins. To lower yourself, begin by pushing the hips back, and continue to push them back as far as possible until your hands passes your knees – just as you would if you already had the bar in your hands and were looking to place it on the ground. As your hands and the imaginary bar pass your knees, your knees should bend slightly, so that your shins shift forward towards the (real) bar. Now your body should be nice and tight and ready to lift, so grip the bar, take a deep breath, and stand up with the weight. 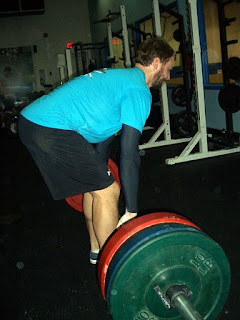 Setting up like this will help to ensure that your entire posterior-chain will be engaged during the initial lift, and your glutes and hamstrings, with a little support from your quads, work to move the weight up to your knees – this is where the cue “knees back” is often heard, and in profile, you can see the lifter’s hips and shoulders rise at the same rate so as to keep the back at the same angle through-out the initial lift. As the bar passes the knees, the hip-flexors kick in, driving the hips forward and powering the weight from the knees to the waist. 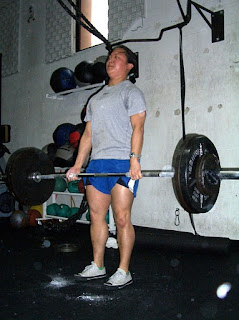 Post-deadlifts, the class broke into teams of 4 for a quick 12min team-AMRAP: 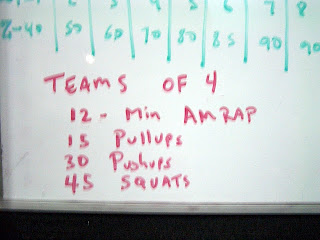 Great work everyone. Also, it was awesome to have Ken and Noelle Tara in class this past Tuesday and Sunday – although their home-box is CrossFit Wilmington in NC, Ken is currently stationed in Japan (stateside for a few months). However, we are eagerly awaiting their return in the Fall of 2011 when they will be relocating to the Metro area! 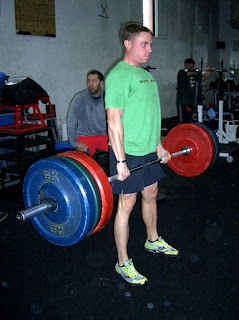 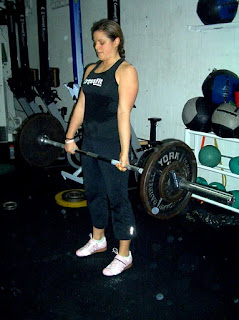 Thanks for hanging with CFDC Ken & Noelle!