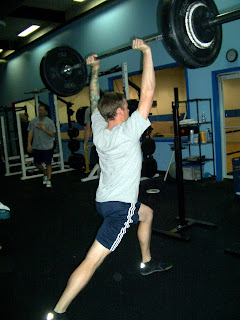 After a bitterly cold Monday, and with the threat of rain, sleet, and snow in the coming days, CFDC was a class full of jerks Tuesday night: 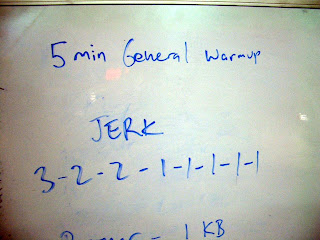 Often times, when we think and/or talk about the complication involved in the Olympic Lifts, most of us tend to focus on the Snatch and Clean. The Jerk however, is just as technical, can be just as frustrating, but is also just as rewarding. 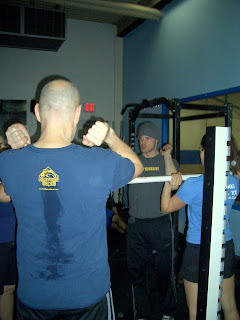 Consider the words of Bill Starr, one of the most influential men in the history of American lifting: “It must be understood that jerking a heavy weight isn’t just a matter of applying raw strength to the bar, like performing a squat or deadlift. It’s knowing how to utilize several athletic attributes, such as timing, co-ordination and speed along with strength. … Everywhere you turn you’ll see ads pushing some product, exercise gadget or video that claims to enhance core strength. “Core strength” has become trendy phrase. But overhead lifting makes all the groups that constitute the core a great deal stronger in a manner few other exercises can match. Elevating a loaded barbell overhead and holding it in position for five or six seconds strengthens the muscles and attachments of the arms, shoulders, back, hips and legs.” (adapted from The CrossFit Journal article “Mastering the Jerk” by Bill Starr, June 15, 2009) 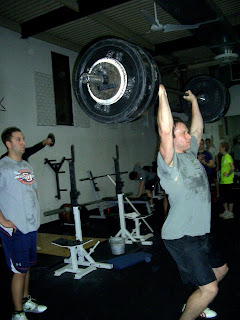 Consider that the next time we do overhead lifts, whether its strict presses, push-presses, or jerks. While you’re at it, also spend a minute reading over Coach Mike Choi’s Point’s of Review for the Jerk, which he put together just for CFDC. 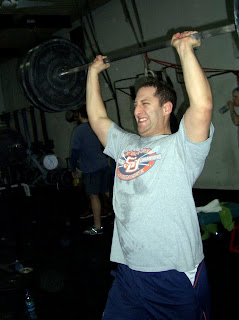 After jerking around for a while, class divided up into teams of 2 for a quick met-con: 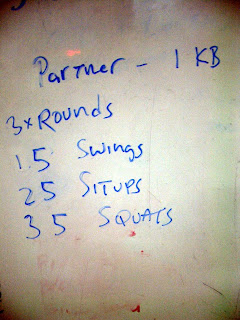 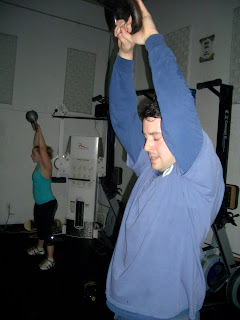 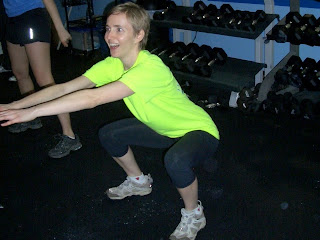 Nice work by another big class. Please post weights for the Jerks to comments. See you all Thursday.
.
.