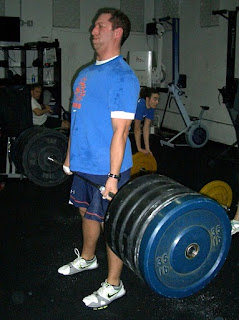 That’s right, it’s a multiple sets of 2 joke. What wasn’t a joke were the deadlifts being done at CFDC on Tuesday night: 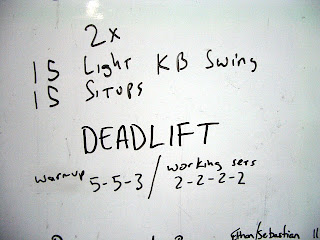 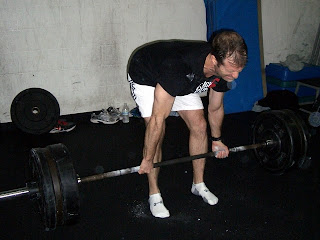 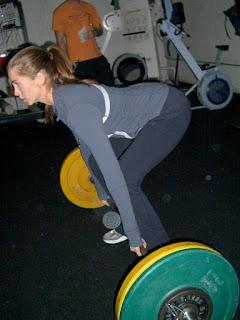 Some great lifts with some great form, including PR’s for Kenna, Monika, McKenzie, Mary Catherine, and Ethan (who hit 400#). Keep up the good work! 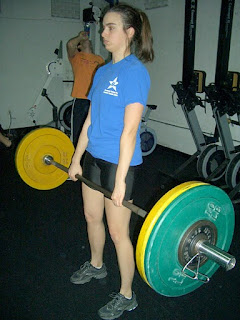 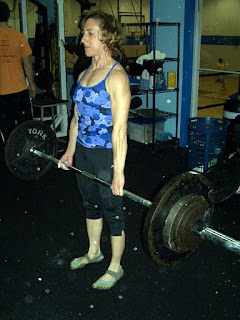 The met-con for the evening was a 3-round triple threat of explosion, stability, explosion: 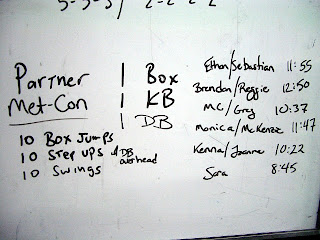 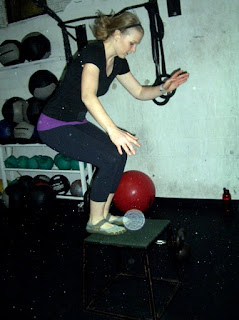 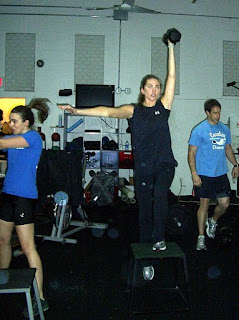 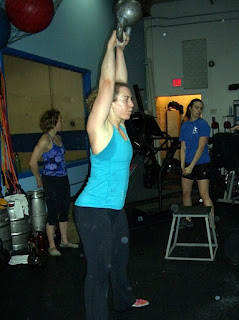 Great work all around – please post weights for the DLs to comments. Congratulations are in order for a few more CFDCers who skipped class this past Sunday in lieu of a few local competitions:

Tom A. and his daughter Sofia competed in the 2011 Mid-Atlantic Erg Sprints this past weekend, with each competing in one individual event, as well as a combined father/daughter race. Tom and Sofia rowed a respectable 1:38.0 in the combined 500M (each rowing 250M), and Tom hammered the 500M row in the Masters category with a 1:32.9, but Sofia stole the show placing 1st in the Jr. Women’s, Lt. Weight category 1500M row with a blazing 5:47.6 – that’s 4 full seconds faster than the second place finisher, and nearly 11 seconds faster than 3rd!

Decrying the lack of water at a rowing event, Julia decided to go for a swim on Sunday, competing in the Alexandria Masters Tropical Splash Swim Meet. Julia competed in the 50, 100, and 200M freestyle events, and said she swam well and had a blast. Way to represent!

Following the success of CFDC’s athletes in the various and sundry events over the past 2 months, Brose has decided to take a well-earned vacation, and will be out of town for the next week. However, classes will continue unabated, including a special Olympic Lifting class on Sunday, February 6th with Coach Mike Choi. 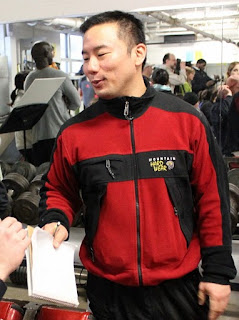 Mike will concentrate on teaching the Snatch, and, as anyone who attended his previous classes covering the Clean and Jerk will tell you, his instruction will help immensly, regardless of how much you know about the lift. Class will be at least 90 minutes long, but that should still leave everyone plenty of time to get cleaned up and settled in for the Super Bowl.