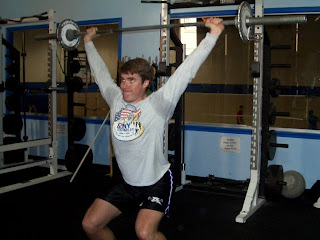 Yes, the title sounds like after-market addition to an Austin Powers fem-bot.

Yes, anytime we talk about snatches is a great opportunity to let your juvenile humor loose upon your peers.

And Yes, the snatch could actually teach you how to explode. No, really, I’m serious – According to Arthur Drechsler, author of The Weightlifting Encyclopedia, “Practicing the (Olympic) lifts teaches an athlete how to explode.”

Well, thankfully we didn’t have to clean anyone off the ceiling & walls on Sunday; however, there were plenty of explosive athletes in class – all 19 of them in fact. 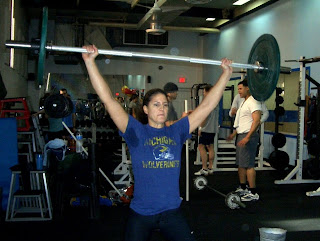 All kidding aside, the explosiveness of the snatch (and the clean&jerk) are of tremendous benefit to us as crossfitters and general athletes. In fact, it may be a little counter-intuitive, but the real value of both Olympic lifts is not simply strength or raw power, but rather power built upon speed, agility, balance, flexibility, mobility, and just a little more speed. Yet, the snatch remains an elusive lift for many of us, due to the fact that it is a complex movement – the snatch demands that an athlete recruit a large number of muscles in a synchronized pattern in order to achieve a good lift (and thus obtain the desired explosive power). In short: Yes, it’s complicated, but Yes, it’s absolutely worth it. As such, we asked our resident Olympic coach, Mike Choi, to help CFDC on Sunday in learning to snatch properly. 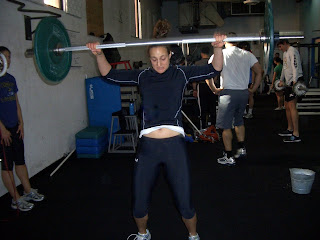 After nearly an hour of snatch practice, class finished off with a short Met-Con: 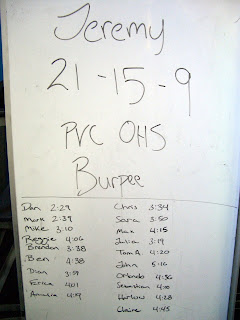 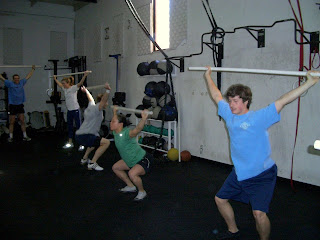 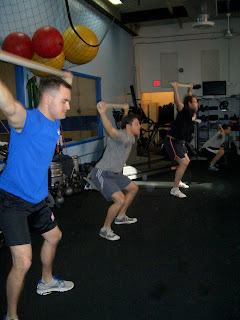 Nice work by everyone, especially in the crowded setting. There was a lot of improvement across the board, and I dare say we have a lot of people who are lot more comfortable with the snatch movement now. Please post your thoughts and questions to comments, and be sure to thank Coach Choi for lending us his time and expertise on Sunday morning.