Next Tuesday is the season finale of the Food Network’s ‘Cupcake Wars‘ featuring our very own CFDCer Doron Petersan and the Sticky Fingers Bakery Crew (now officially known as Stickey Fingers Sweets & Eats)! 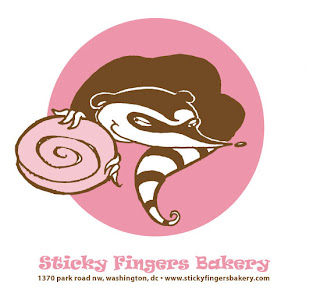 Doron and Sticky Fingers have always been very supportive of CFDC, and it’s high time we returned some of the support (need I remind anyone about our special nutrition gone bad pick-me up after FGB V?!) 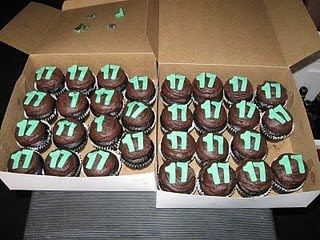 This is a big deal to say the least, and what better way to support Doron than by dropping a little sweat in class before heading up to Breadsoda in Glover Park for a mass viewing party (I hear tell there may be some samples, as well as a few of Sticky Fingers’ awesome goodies for sale, but only if you’re nice)

Who: Anyone and Everyone is invited (no cover charge);

When: The Episode airs at 9pm, so we’ll wrap up class a little early so those attending can bustle up to Glover Park;

Where: Breadsoda Billiards & Deli, 2233 Wisconsin Ave NW,Washington, DC 20007 (you can click on the link here or in the logo above to jump to their site, or see a Google map of their location HERE).

If you’re interested in going, just let us know in the comments section or during class, and we’ll try our best to coordinate travel/rides/etc. Hope you can make it!