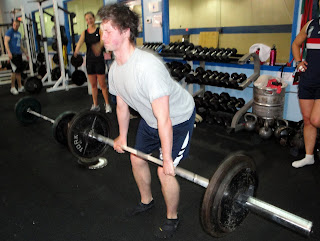 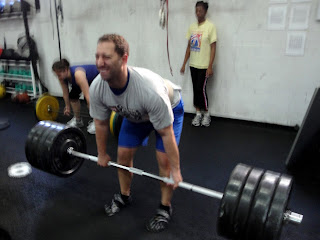 Clustering, for our purposes, means together but separate. So, in each set of deadlifts, you performed 3 reps, but with 10 to 20 seconds of rest in between in each rep. This emphasizes the initial, un-loaded lift for every rep (as opposed to using the tension built up when lowering the bar from the waist to explode back up into the next rep). 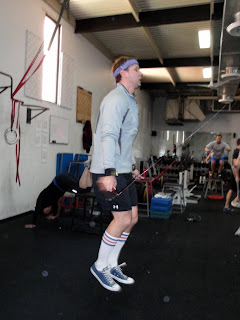 Both met-cons were performed as a 6 min total AMRAP, with half the time devoted to each movement. I.E., 3min of AMRAP Box Jumps followed immediately by 3min AMRAP Pull-Ups. After a prescribed 3min rest, perform another 6min set of 3min AMRAP DU’s followed by 3min AMRAP HSPUs. 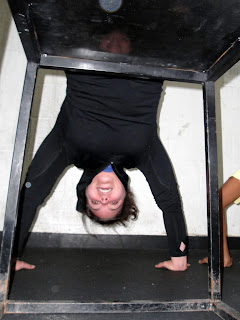 Despite the nice weather, no running was prescribed for Sunday, unless of course you attended an Endurance Cert. this weekend, in which case, there was lots, and lots, and lots of running. I’ll put together a write-up of the Cert. later this weekend, but suffice it to say that I had an great time and learned an absolute boatload. I am really looking forward to applying all the techniques, drills, and form corrections, as well as a few of new workouts, in class. Many thanks to Doug Katona, John McBrien, and the rest of the CFE crew for an excellent certification and all-around awesome weekend (despite Saturday’s nasty weather). 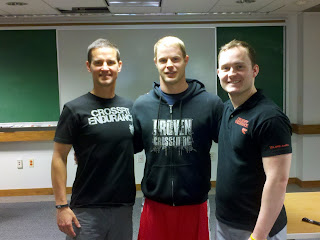