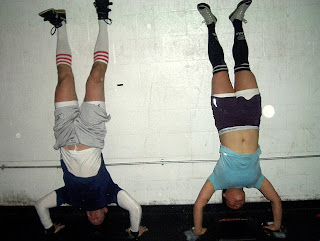 Easter weekend turned out to be full of great weather, so why not fill at least some of it with some great workout. First up – box squats! 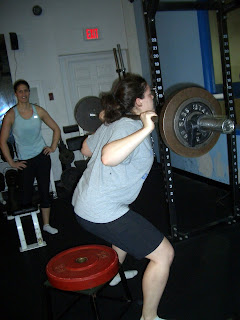 When box squats showed up in the programming a month ago, we posted a short instructional video from Dave Tate of Westside Barbell reviewing the finer points of performing the box squat. As a follow-up, I would suggest reading this longer, more in-depth, box squat article from Dave that he posted over at T-Nation. 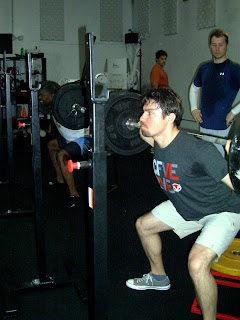 After some solid strength work, class broke out into groups of two for a little partner met-con. 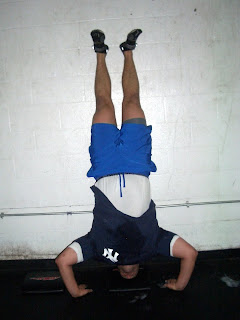 The workout was done in a leap-frog format, were P1 would perform 1 round, and would then rest while P2 performed 1 round. Each continued in this manner until both had performed 5 rounds of the workout, shooting to complete everything in the shortest amount of time possible, of course.

Nice work everyone, especially in working to keep good form on the box squats. This coming week is the last week of the Open Qualifiers – the workout has already been announced, but scores won’t be allowed until Tuesday night. Speaking of the Qualifiers, I thought I would leave you with this parting shot from Sunday, taken after Julia had finished her 11.5 workout at the beginning of class: 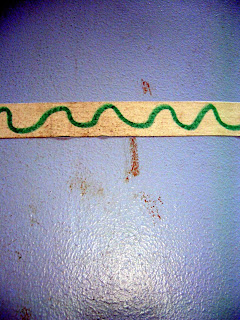 You know it’s a tough workout when even the medicine ball starts to bleed...
.
.