April 25, 2011
April 29, 2011
Show all
It is said that his birth was marked by earthquakes, tidal waves, tornadoes, firestorms, [and] the explosion of three neighbouring stars! 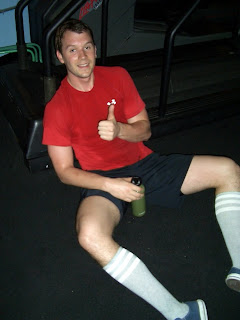 However, the only person by whom this is said is Sebastian himself, and there are several possible theories to explain this.

To adequately celebrate Sebastian’s birthday, Tom had an extravagant workout planned for Tuesday night (and yes, I did just use the word “extravagant” in a CFDC blog post). First up, some running drills to focus on better technique and form. 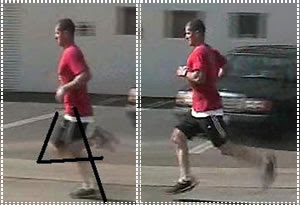 The purpose of Pose running (similar in nature to Chi running) is to learn proper body position when running, which will lead to more efficient running – efficient meaning fewer injuries and better energy retention.

The key is to land mid-foot rather than the typical “heel-strike” that most runners use whether they know it or not. Additionally, the hamstrings, rather than the quads and hip flexors, are used to lift the foot off the ground while gravity – garnered from the forward lean of the body – is used to actually propel yourself forward.

While Pose runing, the body will be in constant forward motion so long as the body is leaning forward (to stop, simply lean back slightly). In contrast, “heel-striking” is a repetitive cycle of launching (the drive with the quads and hip flexors), braking (when the heel strikes out in front of the body) and re-initializing (as the body stands up straight to overcome the braking and then re-sets for the next launch). Horribly inefficient when you brake it down. 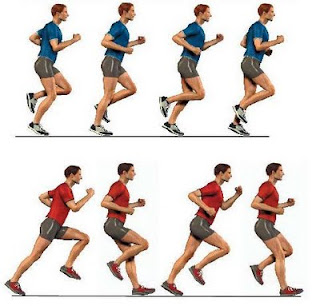 After a few quick drills, including bunny hops, single leg pulls, and karaoka, everyone was set loose for a 1 mile run (twice around the big block) at a moderate pace, trying to apply some of what had just been covered regarding pose running. 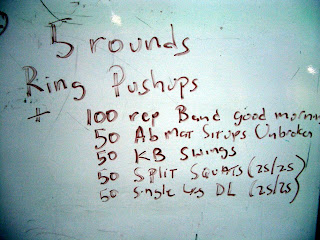 The focus was on the ring push-ups, with a few variations thrown in for fun, while augmenting each set with the supplemental exercises listed. 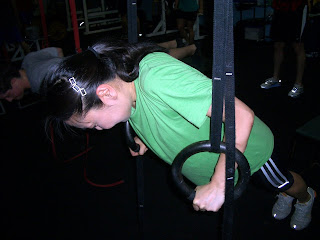 To perform the workout, complete 1 set of AMRAP ring push-ups to be followed by at least one supplemental exercises (only the sit-ups had to be done unbroken; all others could be done piecemeal so long as you complete the total number required by the end of the workout). 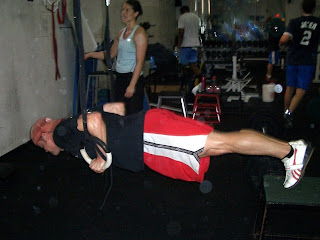 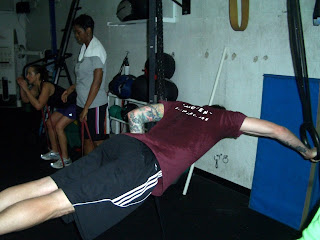 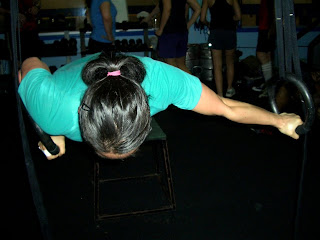 Ring Push-Up Variation #3: Extend 1 Arm to the Side 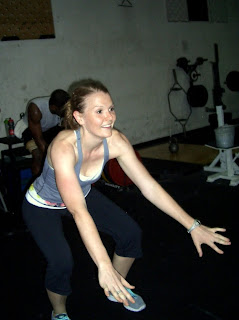 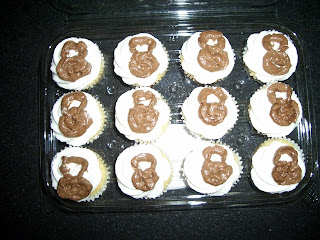 Nice work everyone on pushing through an extremely action and info packed class. Now rest up for Thursday.