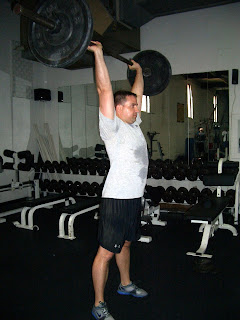 As if Thrusters weren’t maddening enough, Sunday’s class took a multi-step approach to performing this pillar of CrossFit exercises. 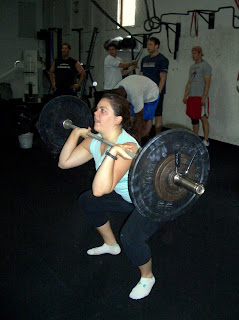 Standards: Each movement had to be a separate and distinct piece; increase weight over the course of the 15 sets – if you hit a max effort weight before completing 15 sets, drop down approximately 10-20 pounds (depending on how early you hit the wall) and then attempt to complete the remaining sets at that weight. 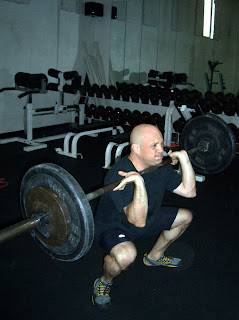 Thrusters were clearly the limiting factor in the complex (as planned), although time and pacing certainly played a pivotal role as well. 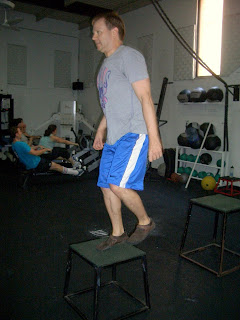 Box Side Steps = Start beside a plyo-box with one foot on the box; push off and move the foot from the floor to the box, being sure your hips open fully; transfer the foot that started on the box to the floor on the opposite side, while the foot that had been on the floor at the beginning remains on top of the box. That sequence equals one rep. 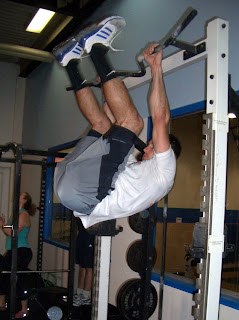 Not quite as bad as last Sunday, but a tough workout all the same.

Congratulations are in order for Sara, Reggie, and Jenn Sargent who all traveled down to Bridgewater College to compete in the Blue Ridge Open Olympic weightlifting competition on Sunday.

Congratulations are also in order for Tom and Ami for the birth of their new baby boy, Anthony Arend, who was born late Saturday, early Sunday. This falls closely on the heels of Mike and Jen Choi’s baby girl, Maggie, who was born early Friday morning. Congratulations to all the new parents!