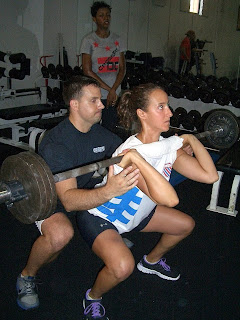 To get everyone ready for their respective Independence Day celebrations, CFDC broke out the bars for some heavy stuff on Sunday. 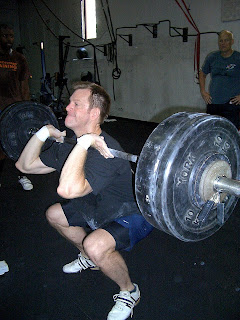 The workout was laid out as follows: 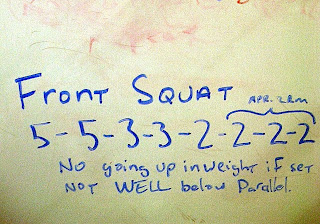 The goal was to find an approximate 2-rep max. However, that bottom line reads: “No going up in weight if set not WELL below parallel.” In other words, if your preceding set of front squats was not below parallel, then you were not allowed to put more weight on the bar for the next set.

That’s a slight modification of CFHQ’s “Mechanics, Consistency, Intensity,” mostly just because I like the 3 homoioptoton-endings better. Of course, the meaning remains the same. You must become first become proficient in the movement – learn to execute the movement correctly. Once you understand and are proficient in the execution of the movement, force yourself to be consistently proficient. Don’t be satisfied with doing it right every second or third attempt – every attempt must be to the prescribed standards. Then, and only then, should you move to increasing the intensity (which, in Sunday’s workout, would’ve meant more weight). 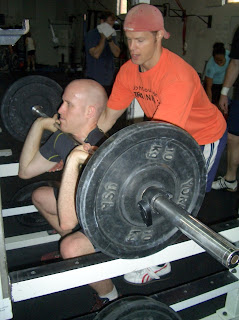 A lot of new PR’s, with people really pushing the weight while keeping good form. Most importantly, however, as Tom pointed out at the end of class, there was a lot of great encouragement coupled with good pointers and judging from everyone in class – no one was allowed to slide through on bad form yesterday which means all those PR’s are uber-legit! 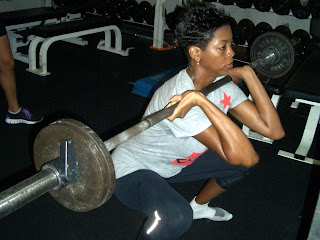 As a reward for all that self-coaching, we had a burpee-free met-con. 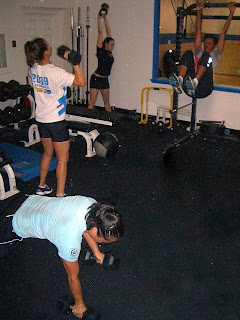 No rest in between exercises; simply rotate after 90 seconds until you had completed 2 complete circuits. A fun way to finish things off.

Awesome work by all who showed up! Enjoy the remainder of the long weekend, and be ready to work-off those festivities come Tuesday.
.
.