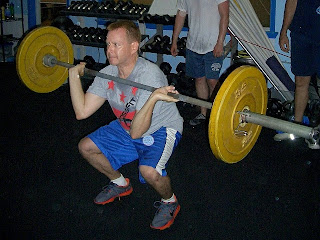 Instead of awkward, things got complex on Tuesday night.

Complex: (n) A whole composed of interconnected or interwoven parts; (adj) Involved or intricate, as in structure; complicated. From the Latin complexus, the past participle of complectī, meaning “to entwine.” 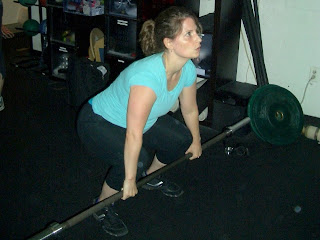 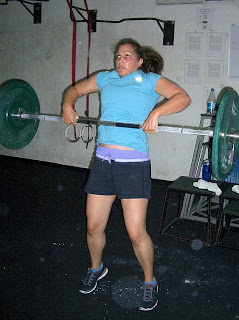 So what’s the deal with complexes, barbell or dumbell? When I started writing this post, I began with a lengthy explanation, discussing why the sum was so much more difficult than the parts, how this translated into better fitness gains, yada yada yada. I wasn’t doing it justice, as really, this describes just about every workout we do. So then I got to wondering where the idea for complexes came from, a sort of historical aspect. Google to the rescue – except not really. I didn’t find much; mostly a bunch of posts saying the same thing that I had already started writing about. And then I came across a blog post from CF Fenway, and they summed up my trouble pretty accurately: 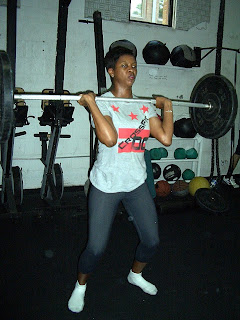 “Anaerobic movements…at an aerobic pace.” At face value, that would seem to require a pretty substantial physical investment, and it does. However, it also requires a pretty substantial mental investment right from the outset. Even though we’ve doubtlessly performed the particular movements many, many times on their own, it’s not always easy to link them together smoothly, without pausing to think in between, as required in a complex. So mental coordination and agility is required, but complexes also demand mental toughness to really go hard through the workout, since your brain knows it takes multiple movements to get just one rep. To lift another line from CF Fenway’s post, “every time you put your hands on the bar you know you’ve got several steps in front of you just to inch a little closer to the end of the workout.” 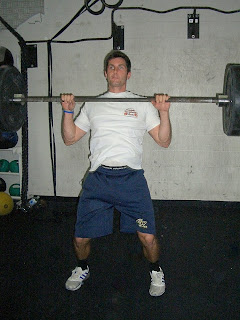 So maybe complex doesn’t automatically mean complicated, but it sure as hell doesn’t mean easy. Great work by a large Tuesday class in fighting through the heat, and that was just to get to the gym. Also, simply to beat a deadhorse a little more: H2O, H2O, H2O! And if you’re paleo, or at least have cutout/cut back on the processed foods, please be sure to monitor your sodium intake to make sure you’re getting enough. Now, save yourselves from the awfulness that are blourpees and hit the comments! 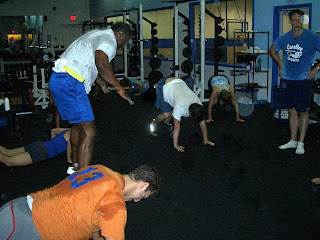