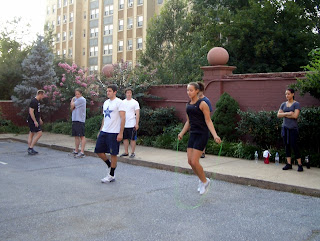 With the nice weather, and the recent spate of heavy workouts, Thursday saw the barbells take a backseat to Jump Ropes which would feature prominently in both the skill session (form running drills) and the met-con (Annie!). To make sure everyone was ready for the road ahead, a warm-up was prescribed specifically targeting the ankles, hip-flexors, hamstrings and calves.

The last time we covered Pose running in a blog post was back in the end of April. That post served to delineate the major differences between Pose running and traditional running forms (traditional, for lack of a better term at this point, is basically the practice of reaching out with your lead foot and connecting with the ground heel-first). The theory is sound, but without with which to implement it, it’s of little use. So Thursday’s session focused on getting the feel for the form, which centers around pulling the foot up under the body (as opposed to kicking it out behind).

Drill 1: Ball of Foot Hopping – This helps teach a runner where on the foot they should be landing, while also helping to emphasize a tight mid-line; 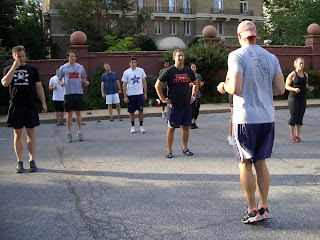 Drill 2: Forward Hop – This helps combine quick but soft landings on the ball of the foot with the key idea that forward momentum is gained not by pushing with the legs, but by leaning with the body, using momentum to simply pull the runner along;

Drill 3: Forward Hop into a Light Jog – This should help to transfer the idea of using the forward lean from the hop to an actual running movement. Remember, however, that the mid-line should stay tight, and that the body lean is created at the ankles, NOT the hips; 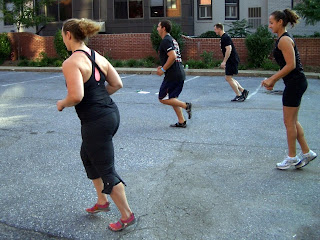 Drill 4: Skipping – Although not originally in the day’s progression, this drill was used to help get the feel for pulling the leg up under the body, rather than pushing it out behind;

Drill 5: Jump Rope Drill – To perform this drill, simply grab a rope and assume good running posture (midline tight, shoulders down, elbows in, with your weight centered on the ball of your feet) and begin jumping rope in place. Switch to jumping rope with alternating feet to simulate running in place. Now add a forward body lean to begin running forward while still jumping rope. After 6-10 steps drop the rope, but continue the exact same running pattern. This drill will really help drive home correct posture and technique by emphasizing the need to jump with and land on the balls of your feet, pulling your feet underneath your body, and using body lean to generate that forward momentum – excessive jumping, breaking at the hip, or pushing with the legs, will all make completing this exercise extremely difficult. 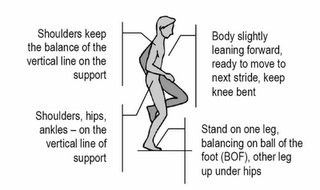 Expect to start seeing more of these drills in the near future as we are really going to try and hammer home good running posture. In the meantime, if you missed it, or want to go back and re-read to get some fresh perspective, be sure to check out Competitor Magazine’s article from June of this year featuring Brian McKenzie and the CrossFit Endurance program (which teaches Pose running): 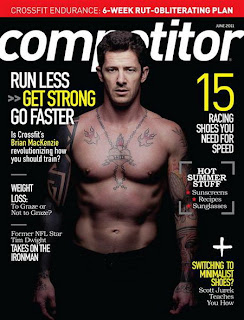 Besides, running drills are a fantastic excuse to get outside and enjoy great weather! 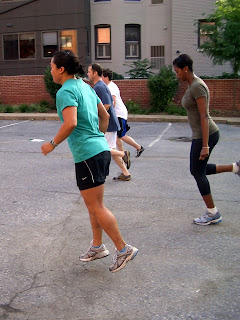 Since the ropes were in hand, why not use them for a quick benchmark WOD: 50-40-30-20-10 Double Unders and Sit-Ups. Single skips were an option for those still unable to put together DUs, while Dan decided to scale-up the workout by performing his sit-ups on the GHD. Results were as follows: 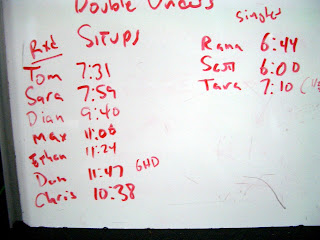 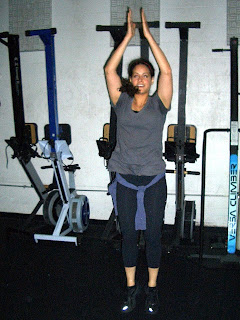 Rana (above) and Tara got a less than genteel introduction to the CFDC “Blourpee” in only their second class. Considering our love for burpees, I’d say that’s not inappropriate. However, just for sake of a refresher, remember that the rule is as follows: If your picture is posted on the blog, and you don’t comment on the blog before your next attendance, it’s a communal 20 blog-burpees (“blourpees”) for that class.

There should be plenty to comment on after Thursday class, especially regarding the running drills. So let loose!