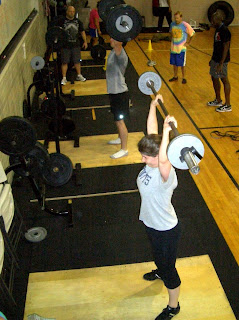 So I’m pretty sure that everyone on the East Coast is now well aware that, yes, we also get earthquakes. Everyone is also now aware that when the entirety of the DC workforce is let out en masse, things are liable to get messy on the roads – as if we didn’t learn that from this year’s snow storms. Luckily, CFDC will always be here to help ease your worries, or frustrations.

Tuesday’s round of form drills saw the overall focus move towards transferring the body position and pulling we’ve reviewed the last few weeks into some actual running. After reviewing the ball-of-foot hops, both static and with a forward lean, class quickly moved into utilizing that same body position while running at slow, moderate, and fast speeds. Be ready for a little more of that “fast speed” next week. 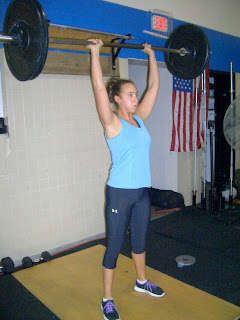 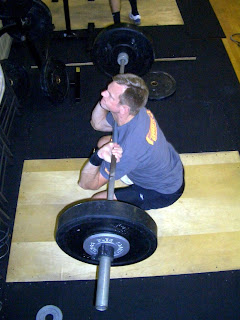 The issue, or difficulty, arises from the fact that the technique for the thruster is much more difficult than for either the front squat or the push press alone. This is because the ideal front squat uses a different elbow position than the ideal push press. The front rack position is hard enough, but in the thruster, a lifter must not only have a solid front rack, but then be able to transition, mid-lift, into a solid push press position. 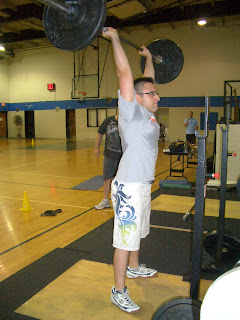 Thrusters are often used in CrossFit workouts in high rep schemes, but going for weight can really help determine where you are weakest in the movement, areas that are perhaps covered by brute strength or speed when done at lighter weight for high volume. It’s tempting to want to concentrate on the over-head part, but remember: without a stable and well-controlled front squat, you may very well not even make it to the overhead part. 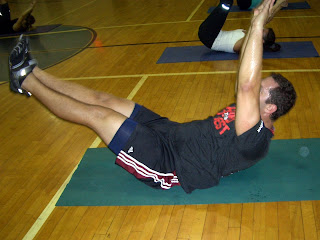 There was no scoring requirement for the workout, but there was a question about scoring Tabata-style workouts. Scoring can go one of two ways: First, you can keep total score – a running total of every rep performed during the workout – which encourages an all-out pace for as long as you can sustain it; or, Second, you can keep track of your lowest score for each exercise, which encourages a more conservative approach in the first few rounds, but should leave you pushing yourself in the last few rounds.

Great work, and many thanks on behalf of your coaches for fighting your way through post-quake traffic. See you all on Thursday.