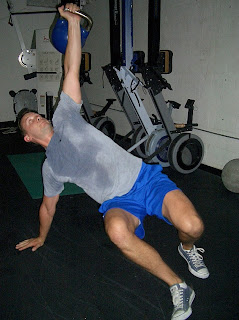 Sorry for the delay, guys and gals. Internet was giving me trouble this morning and then I simply got caught up in other things. I’m posting a short recap of class below. I’m also working on a longer write up of the crossover between the running drills we’ve been working on for 2 months now and last night’s sprint workout. Stay tuned for that!

After a brief warm-up in the gym, each class was taken for a short 1/2 mile jog down to Belmont Road, bordering Rock Creek Park for the main attraction: Sprints!

Met-Con:
6 x 100m Sprints
Athletes were run two at a time, with roughly 90 seconds rest in between sprints. Owing to less than level nature of the course, two adjustments were added: First, only 5 rounds were run, and Second, only rounds 1, 3 and 5 were timed, since the intervening rounds were more uphill.
Results:

As was noted in class, deviations of less than a 1″ between timed rounds is very good, between 1″ to 2″ is good, and anything over 2″ is less than ideal. In the follow up post, we will delve into why we use sprinting to gauge both endurance and mechanics, as well as why POSE mechanics apply equally to sprinting as to longer endurance-type runs.
Finisher:
4 x 3/side TGU & 3min Plank Hold 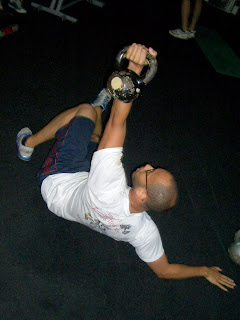 After the sprints, things slowed way down as class returned to the gym for some Turkish Get-Up work followed by a core finisher.

Class was a little crazy what with the sprints plus gym work, but I was really happy to see so many people really push themselves. Keep your running shoes handy, as sprints will definitely be making a return in the near future. Until then, mentall review your form and technique, and stretch out those legs.

UPDATE: Per our previous post last week regarding the 31 Heroes workout, Trident CrossFit has announced that they will start the first heat of the tribute workout at 8:45AM this Saturday (September 3rd) and then start new heats every 45min thereafter. This is going to be a kick-ass partner workout, done in honor of the 31 American servicemen who lost their lives on August 6th, 2011 when their helicopter crashed in Afghanistan en route to an operation. While a few have expressed interest, we haven’t really nailed down a time that would work. If you are interested in giving the workout a try (or just want to come along to cheer), please leave a comment (or e-mail Tom or I) confirming that you’re interested and specifying what times would work best for you.