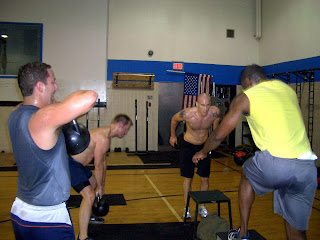 Pugilism twenty seconds at a time. I’m taking this idea and going straight the Versus channel with it. Imagine it: two fighters in the ring going at each other for just 20 seconds at a time, with mandatory 10 second interventions by the ref. I see this as the next big thing in combat sports, mark my words.

In all seriousness, while only working 20 seconds at a time seems like it should make the Fight Gone Bad set-up a little more manageable, if not quite “better.” But it’s not. In fact, it might be worse. 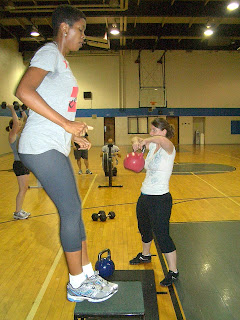 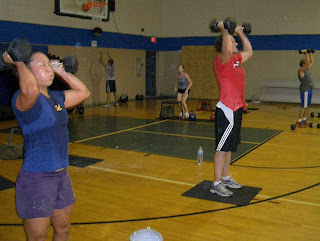 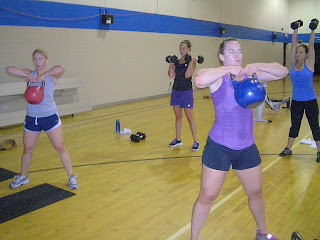 The SDHP (Sumo Deadlift High Pull) isn’t a movement that we utilize a lot, especially as it’s quite difficult to perform correctly. We reviewed form briefly last night before things got started, but I thought it was well worth going over again:

– Start with your legs wide, hands brushing your thighs as you reach down to the bar;


– Body posture should be upright, not bent over – think beg chest with your butt sunk down towards the floor;

– Extend by driving the hips forward while “pulling” the thighs in;

– Once the hips are open, begin pulling with the arms – Do Not begin pulling until you have hit full extension with your hips! (Honestly, this is where the SDHP breaks down for most people, as they begin pulling before their hips are open all the way. The weight is often light enough that they can get away with it for a little while, but it will take a toll. This is an explosive movement, requiring full extension of the hips.) 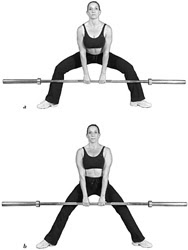 If you can mimic the second frame of the above photo right at the moment of transition from hip extension to arm pull, you will be ahead of the curve.

– As you pull, drive the elbows up towards the ceiling;


– To reset, just reverse the sequence (arms all the way down and then hips back).
6PM Results: 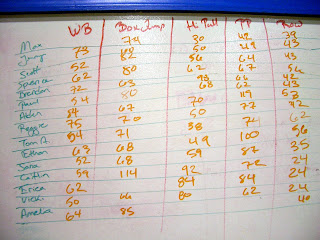 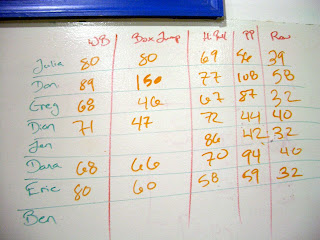 Great work. For those of you new to FGB, this will give you a great idea of how to approach the actual version. If your off for the weekend, enjoy the Labor Day Holiday, but if you’re in town, we will be having class on Sunday, so come prepared!