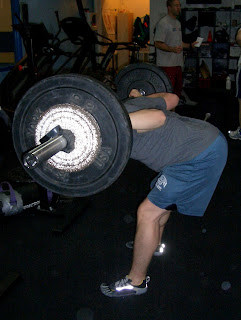 That’s right, our tendency towards Eastern philosophies is slowly merging with our lifting programming. On Sunday, we worked on bettering our deadlift…without deadlifting. A sort of Tao-of-the-Conjugate-Method.

Hollow rocks are obviously a staple exercise in our core-conditioning grab-bag, but the reverse hypers are probably new to more than a few people. 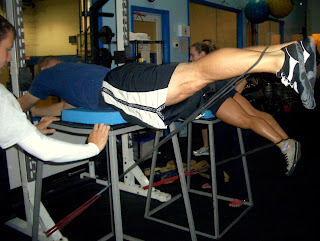 The Reverse Hyper-extension is a great exercise for developing the posterior chain, including the glutes, hamstrings, lower and middle back, but is also extremely beneficial in helping to rehab lower back pain. By gently stretching and depressurizing the spine during the eccentric (lowering) phase of the movement, the reverse hyper works to fill the spinal column with spinal fluid and thus help relieve the spine of compression (compression built up from, say, heavy squatting and deadlifting). The original reverse hyper machine was invented by Louie Simmons of Westside Barbell. Unfortunately, we don’t have one. However, there are ways around that. 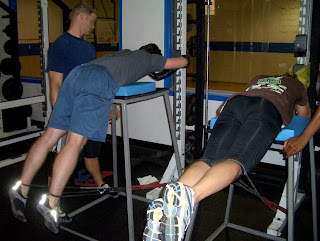 In lieu of a designated reverse hyper machine, we chose to have people lay prone across plyo-boxes while using resistance bands instead of weights. The bands were attached to the squat racks on one end, while being wrapped around the ankles on the other.

To execute, extend the hips and raise the legs from 90 degrees to a parallel or slightly past parallel. The movement should be explosive and powerful. Now repeat in the opposite direction, allowing the legs to swing back to their original position, like a pendulum. Usually we look for controlled eccentric movements, but by allowing the legs to swing back, it forces your legs to go past the 90 degree mark, which in turn is what decompresses the spinal disks. This decompression then allows fluid to enter between the disks.

Definitely some trial and error involved in this set-up, but this is one exercise that is most assuredly worth it, so look for it again soon. 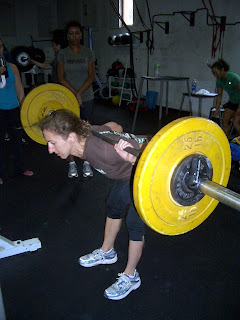 A proven movement and one we have been regularly rotating with Romanian Deadlifts in order to see gains in deadlifting and squatting. The goal on Sunday was to work your way to a 5 rep max good morning for the day. 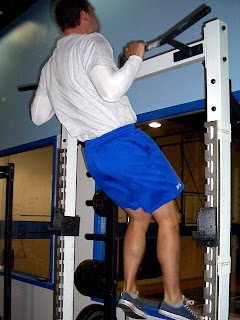 The burpee pull-ups could be divided however was needed, so long as each teammate completed 50 individual burpee pull-ups. While that teammate was working their way through the “burpulls,” the other two teammates remained in a static bottom-of-the-squat hold and a plank hold. 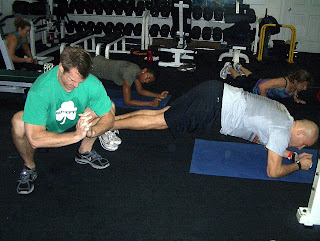 Great work. I will be posting pics and numbers from FGB 6 a little later, but I just want to take this opportunity to thank everyone for coming out to not only compete, but to help out, keep score for others, cheer others on, and even help break down. It was truly appreciated. Now rest up, and we’ll see you all on Tuesday.