BACK ON THE BOX

Paul getting his workout in before he heads to Quantico. Were looking forward to seeing you as a USMC officer next year! 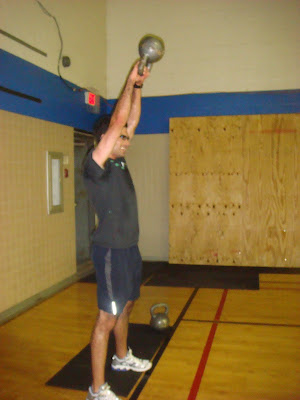 Well, probably it will need a little explanation. Originally, we planned a 1 K Row to start the workout, but class size and a dead erg or two called for a a quick change in plans, and we began with a run. The burpee suicide consisted of a shuttle run with a burpee at each turn, 10 total burpees per round. 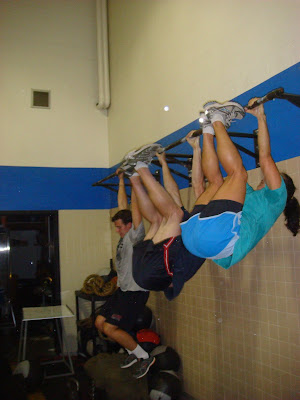 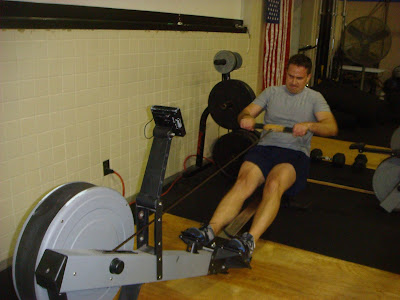