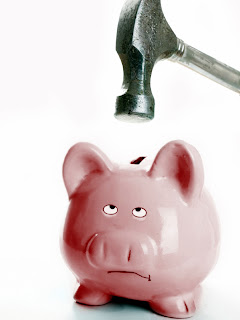 A large portion of Sunday’s class was devoted to developing the hamstrings. From the general warm-up, to the hamstring warm-up, to both the first and second strength sets, CFDC’s collective hamstrings well and truly, well, hammered.

Following the general warm-up, class reported back up to the studio for some unweighted reverse hypers. This served not only to help warm up the hamstrings, but also to help open up everyone’s spine (you can read more about how and why this results from the Reverse Hyper in our September 19th blog-post).

I think we may have posted the following YouTube video before, but it really is a great demonstration of the control that should be applied to the Manual Glute Ham-Raises:

Each set of 5 GHRs was paired with 15 Hollow Rocks – time to put that hollow-position review from Thursday to the test!

The program for Sunday was 12 rounds of 2 rep speed pulls done at roughly 50-60% of everyone’s 1RM DL. Class broke into groups of 2 to 3 and spent the first few minutes warming up to their respective working weights (lifts were not done on a timed interval basis). 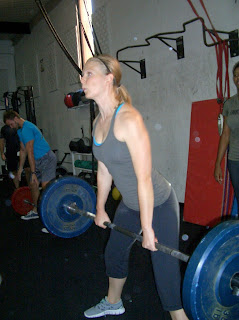 Speed Pulls are explosive deadlifts – the emphasis is on getting the body as tight as possible and then exploding upwards with the bar. Despite what it sounds like, however, this is not a wrenching, uncontrolled movement. You must maintain near-perfect posture, especially a tight-midline, through-out the lift. 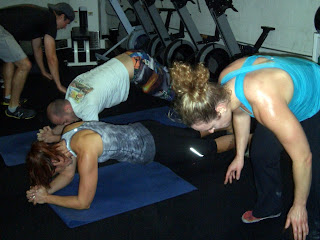 Yes, that says blourpees. It seems that the comments have been getting a little scarce lately. Help out your fellow classmates, leave a comment. 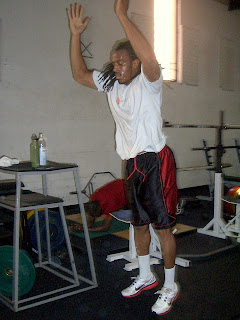 Nice work – many thanks to Sarah and Chris who joined us from Iowa while in town for the weekend: 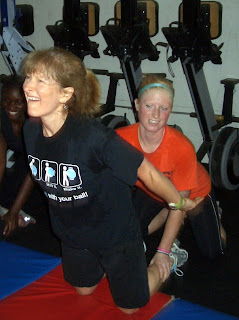