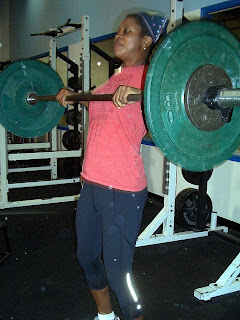 The title of today’s post should indicate that two pieces of equipment were prominently figured in Sunday’s class: barbells and plyo boxes.

An interesting combination to be sure, but one that definitely had it’s desired effect of over-emphasizing the correlation between the two movements. 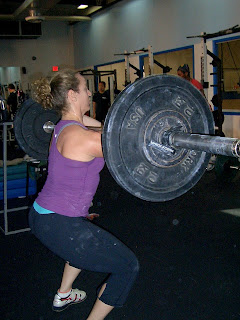 Both movements start at the bottom in an unloaded, but contracted position. What does that mean? Unlike a squat, where you descend into the contracted bottom position with the weight (thereby creating an elastic tension in your muscles), both the clean and seated box jump begin in the bottom position, but with no elasticity built up in the muscles. Instead, a lifter must attempt to heavily contract their muscles in order to move the weight, and whether that’s moving a barbell off the ground or moving their body weight off the ground, the demands are extremely similar. 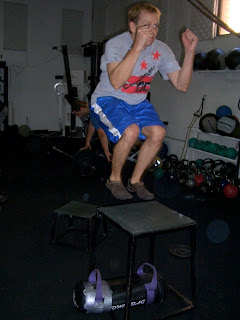 Another similarity between cleans and seated box-jumps is the demand for “full extension,” that key point in a lift where an athlete’s shoulders are driven sky ward by the force of their hips exploding into the fully open position. Hitting full extension ensures that we are being as efficient as possible, and requires that we avoid pulling early in either movement (with the arms in the clean, or the legs in the box jumps).

While the clean and seated box-jump both avoid the building up elastic tension in the muscles by starting in an un-weighted, bottom position, there is a way to remove that tension from the squat: the box squat. 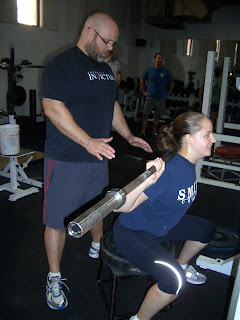 We’ve followed seated box jumps with box squats before (see our August 22 blog-post), but the box jumps weren’t paired with power cleans in that workout. Would that make a difference? Bet on it. 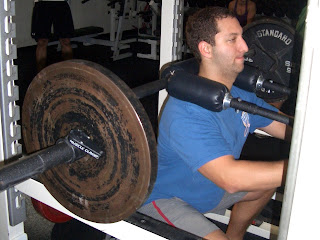 The box squats also gave a few CFDCers a chance to play with the safety-squat bar, something Ben’s been intimately familiar with for a few weeks now: 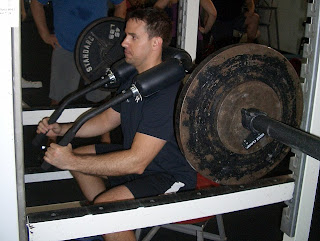 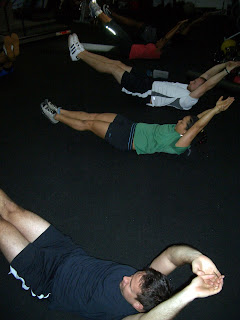 No met-con this time around, which usually means that something fun is lurking around the corner. Hopefully everyone was able to get out and enjoy the awesome fall weather DC is experiencing right now. Speaking of enjoying, aren’t we past due for a CFDC get-together? 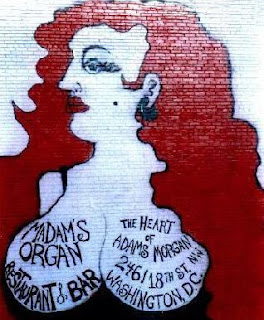 Join us for a CFDC Happy Hour this coming Friday at Madam’s Organ!
Time: Friday, October 21st, from 6pm onwards.
Where: Madam’s Organ is located at 2461 18th Street NW, in the heart of Adams Morgan.
Many thanks to Erica Merson and Adam Smith for helping arrange and secure us a few spots.
.
.