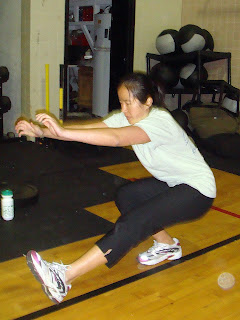 Pistols have been popping up as skill work a lot recently, but skill work without application isn’t really beneficial.

While pistols may seem like a parlor trick, their application to all aspects of fitness is undeniable. Pistols demand that we constantly exert power through-out the entire range of motion, all while on only one leg. Beyond mere strength, pistol squats also require balance, flexibility, coordination and endurance. 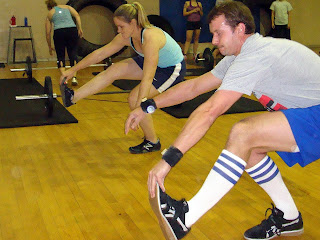 Working on pistols in a controlled environment, such as a skill session, you can focus on your specific weakness in the movement, concentrating intensely to overcome what ever holds you back. However, in a chaotic environment, such as Thursday’s metcon, focusing solely on one piece of the movement will often create more problems. It it’s for exactly this reason that we put skill movements, like the pistol, into workouts. 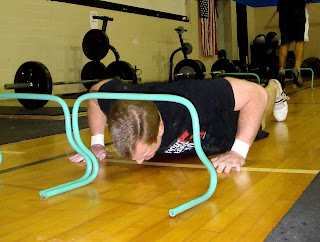 Weight for the cleans wasn’t really RX’d, though a good working weight for guys was set around 135, with women around 95. Pistol scaling was based on performance in the preceding skill session: anyone who could maintain control to just above parallel and then stand back up, unassisted, was allowed to perform strap-assisted pistols during the workout. Anyone unable to maintain that level of control were scaled to 8 single-leg floor touches. 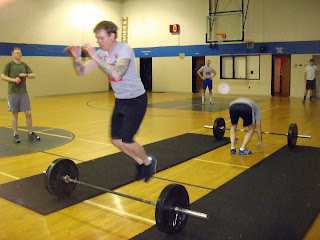 BarFees = perform a standard burpee, but instead of jumping and clapping overhead, simply jump over the barbell. That equals 1 rep. Results: 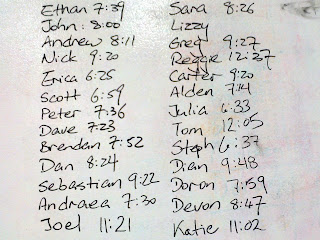 So, usually I close out posts with a “great job” or “awesome work,” but what impressed me most about yesterday’s workouts was the camaraderie and support everyone gave to their fellow CFDCers; because of the size of the evening classes, we ran two heats per class, and, to a member, no one wandered off, or went upstairs to do something else while they waited, or even went home early after they were done. Instead, everyone stuck around, helped out, and cheered each other on. Find me a globo-gym where that’ll happen, and I’ll invest in a membership. I’m guessing my money’s safe, though.