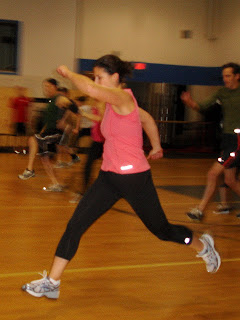 Just FYI: The Smackdown workouts have been announced! Click the link…or you can simply scroll down to the previous post…

With a few heavy workouts in the bag, and a weekend full of competition and more heavy work, Thursday’s classes focused on some explosive plyometric work followed by some interval conditioning. 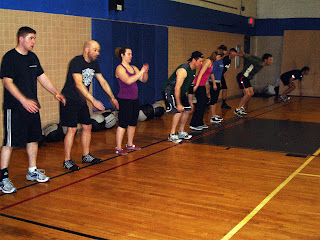 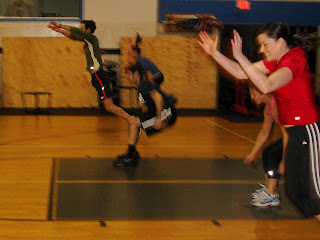 The focus on posture and explosive movement was not an abstract piece of class, however, as the met-con would involve multiple movements with very similar demands. 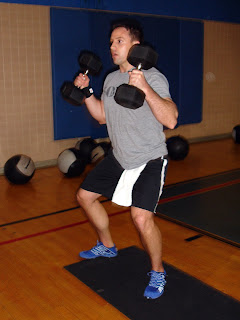 The explosive requirement in the met-con should be evident, whether it’s moving the body through space (as with the box jumps), or using the body to move an object through space (as with the wall balls and squat cleans). The ab-mat sit-ups are not simply a random add-in either. As with the pre-metcon plyometric work, posture plays a huge roll in the three other movements, and core stability is the ultimate arbiter of posture. Lose the core, and the first thing you’ll notice is chest drop, which makes it hard to jump as high, or throw the ball straight up, or hit full extension with the DB’s. 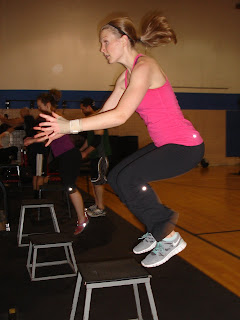 A reminder to come out and support your fellow athletes at the Smackdown tomorrow if you’re around. Also, class will be at it’s regular time on Sunday, including the 9am Elements (which will cover push press, push jerk, and kettlebell swings).