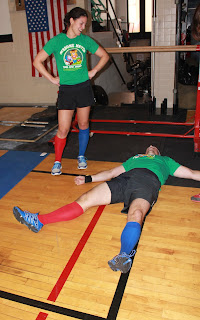 Once again, I just want to say how awesome it was to have so many athletes from the DC, Dupont, and Balance crews come out this past Saturday to compete, as well as cheer on their fellow classmates. The energy and exertion was exciting, and hopefully will lead to more and more interest in future competitions. As coaches, I know we couldn’t be any happier or impressed with how each of our athletes performed – this includes not just the physical exertion, but also the camaraderie and sportsmanship. 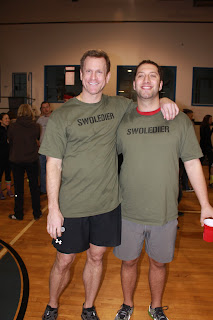 If you weren’t able to make it out, you can check out the workouts below, including the vaunted 4th and final Sandbag Chipper, and a few pics from the weekend. There’s also a link to online photo album at the bottom – photos are still coming, and we’ll be sure to keep updating the album. 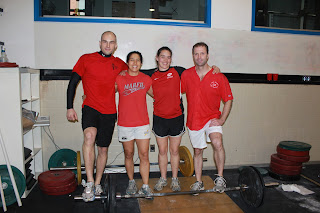 The first workout was for the entire team, and including an escalating point-per-rep which was based on 5 different weight options: 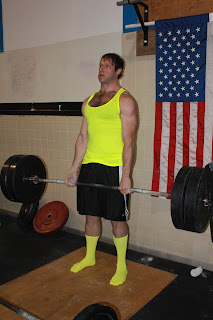 This meant that athletes could choose what weight they wanted on the bar, but in order maximize the time allotted (while also maximizing points), teams had to plan ahead and make the transitions as smooth and seamless as possible. To help, there were two bars per team, but the teams had to alternate between male and female competitors. Seems simple, but there was actually quite a bit of strategy required to maximize your team’s potential. 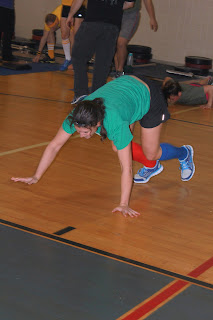 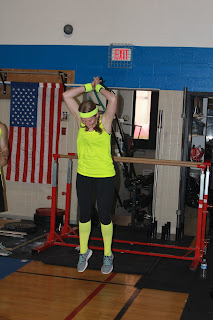 Partners went back and forth in this manner until each had completed 3 full rounds. Scoring was based on time, but there was a 15 min Time Cap with a 5 sec penalty assessed per incomplete rep.

The third workout was again limited to one male and one female competitor from each team, AND it had to be the two who didn’t compete in the second workout. The third workout brought back the barbells for some overhead work, and the score was by total reps and again included a scaled points-per-rep scheme based on the weight used: 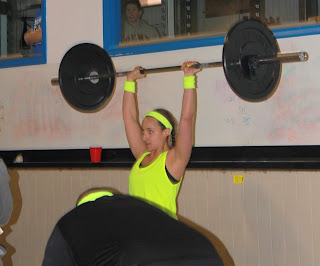 However, there was a slight catch this time around: First, weights had to be chosen before the workout started, and couldn’t be changed during the workout (well, you could scale down the weight if you chose a weight that was too heavy, but that would negate all the work done prior). Second, each time a partner put the bar down, they had to complete 8 50-foot sprints (or 4 over-&-back widths of the BBall court) and tag their partner before the other partner could start on the overhead (including strict press, push press, push jerk, and split jerk). Partners alternated back and forth to complete as many reps as possible in the course of 8 minutes.

At the end of the 3 workouts, the scores were tallied, and then the 4th and final workout was introduced for the top 5 teams… …except, there were 6 teams in the top 5! Yes, believe it or not, there was a tie for 5th place. This called for a tie-breaker – something that would separate the teams, but leave the tie-winner in a condition to still complete the final workout. To this end, each of the two teams tied for 5th were told to choose one male and one female for the tie-breaker, BUT without actually knowing what the tie breaker was.

The premise was simple, each of the selected athletes from the 2 teams had 30 seconds to row as far as they could. The timer was reset and distance zeroed out in between. Simple, but effective. And, now that there were only 5 teams in the top 5, it was time for the final workout.

If any one on the top five teams had gas left in the tank after the first three workouts, they surely spent it here. Each teammate had to complete all the reps of a given exercise before the next teammate started, and everyone had to finish one exercise before the team could move on to the next exercise. For the wheelbarrow walks, each teammate had to walk on their hands at least once, although any teammate could do the holding. Of course, being Kalorama, you know pushing weight across the floor was gonna have to be a part of the festivities, with everything capped off by a nice team builder suicide.

A great event with even greater people. Thanks to everyone for being a part of it, whether it was as an athlete or competitor. Much more is in store for the future, including a chance to run through the final workout as an upcoming class (which was requested by more than a few people).

Until then, though, enjoy a few more pics from the event: