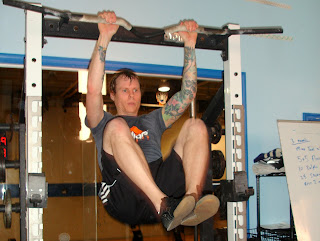 The first workout of the 2012 Open is done, and things are definitely off to a flying start. Congratulations to everyone who completed the workout, and many thanks to those who came out to cheer and lend a hand. As we wait for 12.2 to drop, things got back normal, starting with some good old fashioned deadlifting,

The deadlifts were styled as “singles,” in that each after completing each rep, an athlete was to release their grip on the bar, come up to standing, then re-set their stance and perform the next rep. 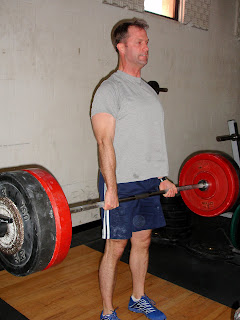 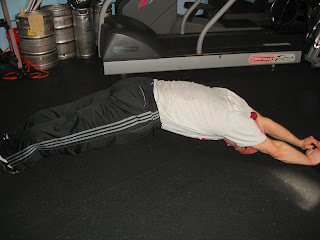 The real focus of the prone hollow position hold is the emphasis on the posterior pelvic tilt, where the pelvis is tucked forward while the low back is slightly rounded in order to zero out the natural lumbar arch (for more info on posterior, and anterior, pelvic tilt, check out this earlier blog post). While this seems counter-intuitive in a lot of lifting – deadlifts in particular – it’s actually essential in quite a few movements/exercises. Tucking the pelvis forward stops us from over-arching the low back, so that in movements such as push-ups, handstands, handstand push-ups, and kipping, control is maintained over the core. Remember, control is the basis of form, and form is foundation of each and every movement we perform. Learn control, apply the form, and strength, speed, power, and fitness will follow naturally. 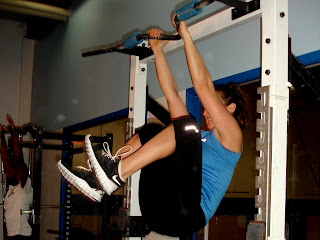 Not exactly a lung burner, but a nice bit of upper-back and quad work. Kipping T2B were allowed, but scaled options included K2E (which also could be kipping if possible) or hanging Knee Raises. Oddly enough, burpees were not programmed for the conditioning part of Sunday’s class.

A lot of good concentration on form during the deadlifts – perhaps the Smackdown helped? A reminder for all you Open competitors, as well as all of you in general): it’s a safe bet that some sort of kipping-based exercise will show up during the Open, so be to take care of your hands, filing down calluses as needed. Ripping open a callus the second week into the Open could make the remaining few weeks a tad uncomfortable.