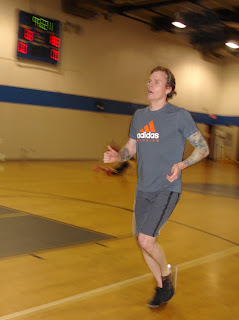 After Tom’s stunning success in predicting the workout last week, ole swami seemed to think that perhaps we all needed some upper back strength for this weeks coming Open workout. Anyone have predictions for 12.3? 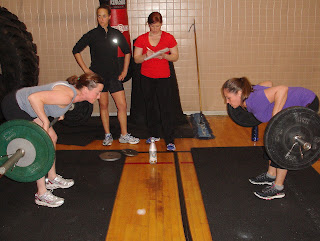 We reviewed the Pendlay row – including it’s origin – in a blog post last year (ROWING…BUT NOT “ROWING”). The gist of the post was that the Pendlay row is a great upper back strengthener, but in order to achieve the intended effects, they must be performed correctly. With that in mind, here are a few reminders on performing the movement:

(1) Most importantly, it’s meant to be explosive, and as such, it’s not about the weight you move, it’s about how explosively you move it; (2) Set up is similar to the deadlift, with feet under the hips (rather than shoulder-width), hands just outside the legs, and hips pushed back until the torso is parallel to the floor (shins should remain as vertical as possible); 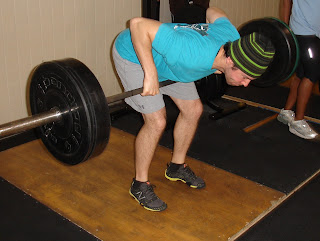 (3) When performing the Pendlay row, really pinch the shoulder blades together and drive the elbows towards the ceiling – wrists should remain inline with the forearm, and arms should remain relatively close to the body (rather than flared out); and finally,

(4) At no time should there be any movement of the knees, hips, or back – no jumping, no bouncing, and no heaving. The Pendlay row is about building upper back strength through explosive movement. Heaving the torso up to move the bar negates the effect, and while you might be able to move more weight, you’ll actually achieve less.

After everyone had successfully completed 5 working sets, class split off into pairs for a partner met-con of burpee-suicides (another oddball CFDC invention) and wall balls. 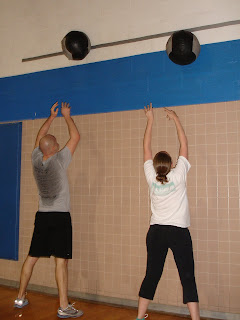 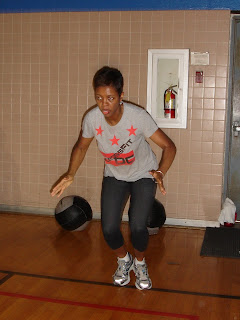 12.3 will be released at 8pm our time tonight. As with last week, we’ll do our best to update the blog header as soon as it’s up. Until then, rest up, get excited to see what the next challenge will be, and we’ll see you all on Thursday.