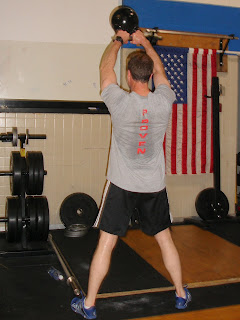 Nevertheless, to make sure everyone was loose and ready to tackle the final Open workout of 2012, class set about working some running drills, followed by two short met-cons.

As part of the warm-up, and seeing how Spring is upon us, we revisited a few of the POSE running drills, including:
(1) Ball of the Foot Hops;
(2) Hops with a Forward Lean; and,
(3) Hops into a Light Jog

We’ll continue to implement more of these in the near future. In the meantime, keep in mind that with this style of running, we are using gravity to pull us forward, rather than actively pushing ourselves along, and this requires us to pick our feet up and then land on the balls of our feet. For a nice, easy jog, the foot pull will be relatively minimal. Only for a sprint will you need to pull your foot up high. 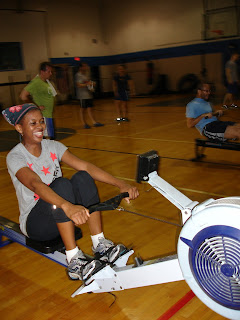 For this double header, class was broken into two groups, with each group made up of pairs. Group one started with Met-Con 1, while group two started with Met-Con A. Each was done with only one partner working at a time. So, for Met-Con 1, P1 had seven minutes to run 800m (block run), and then, in the remaining time, perform AMRAP of 7 KB swings and 14 sit-ups, all while P2 rested. At the 7 minute mark, P1 rested, while P2 ran 800m, and then did AMRAP of 7 swings and 14 sit-ups. 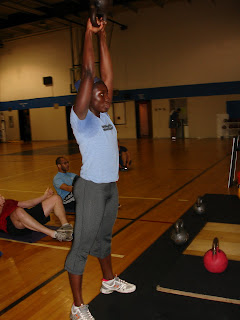 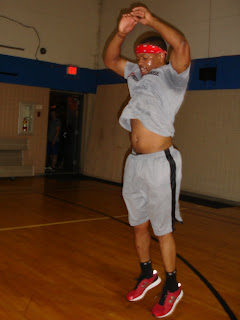 Class closed out with some much needed stretching to open up the shoulders and quads, helping people recover from last weekend and get ready for the coming weekend. This Saturday marks the fifth and final Open workout for the year, so if you have a few extra minutes, try to stop by to cheer on your fellow CFDCers (we’ll kick things off at 1pm once again).