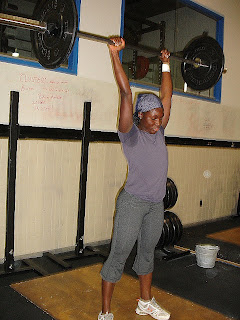 If the tall cleans felt familiar, it’s because we worked on them just three weeks ago (“BY ALL CLEANS“). 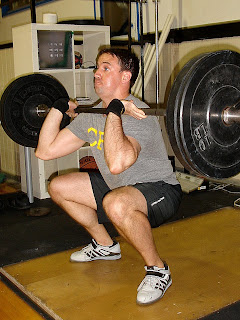 In the May 18th blog-post referred to above, we used the word “aggressive” in talking about the pull for the tall clean. This was not by chance, and it’s amazing we only used it once. The fact is, tall cleans must be, if nothing else, aggressive and explosive. Agressively Explosive. The kind of explosiveness that would chase the barbell around the entire gym and maul it horribly, if only you would let it off the chain. 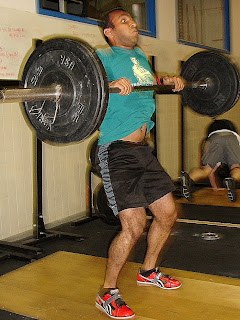 Rather than falling or dropping under the bar, the tall clean can really only be accomplished by aggressively pulling yourself into the receiving position. Imagine the bar is stuck in place, unable to move higher than your waist – you are still pulling on the bar, but only to pull yourself under the weight, rather than pulling the weight higher up your body.

Tall cleans can be frustrating but are great tools for improving full cleans, and although not everyone may have felt the difference, it sure showed during the met-con. 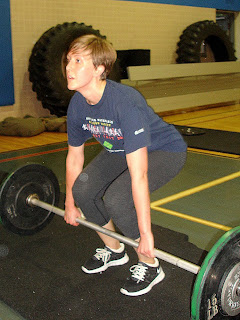 As programmed, each athlete had 8 minutes to see how high up the cluster/burpee ladder they could climb, adding an additional rep of each exercise with each additional round. Thus, the first rung was 1 cluster and 1 burpee, the second rung was 2 of each, the third three of each, and so on. If the met-con felt familiar, it’s because we performed the same things just…well, it was actually over 6 months ago. So, it wasn’t that recently, but the point is, we’ve done it before (“THE FRONT LINES“).

The difference is, last time we preceded it with front squats, and this time it was tall cleans. The difference showed in how many people were actually pulling themselves under the bar for the clusters, as opposed to power cleaning the weight and then front squatting. 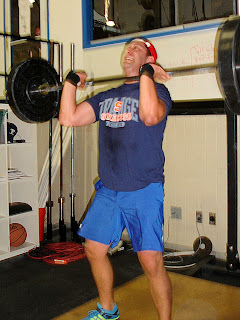 So are people not going deep enough? Actually, the depth on the clusters Thursday night was pretty good, although, sadly, there are still a few of you who’ve been working out with us long enough for which a lack of depth can only be seen as out right refusal. That aside, however, it’s not a lack of depth that needs addressing, it’s how some people are achieving that depth.

The flip side of not squatting deep enough is that some are getting so pre-occupied with hitting depth, they’re collapsing into the bottom of their squat position to achieve it. Collapsing causes the knees to cave in, the back to round, the elbows to drop, and the torso pitch forward, all of which makes completing the rest of the movement infinitely more difficult (not to mention the increased chances for hurting yourself). Yes, we want you to hit proper depth, but we also want you to do it under control – fast is fine, but fast doesn’t mean out of control. Maintain posture, with the elbows up and knees driving out, and that will make the rest of the movement a lot easier and safer.

Good luck to everyone competing in the CrossFit for Hope workout this Saturday – the weather looks like it’s going to be awesome, and considering the cause and the enormous crew, it should be a great time. This Sunday will be the second of our 3-week off-squat mini-wave, but, if last Sunday was any indication, that certainly doesn’t mean we won’t be attacking the weights. Come prepared!