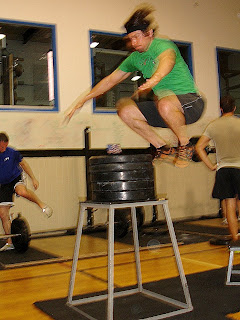 Tuesday’s program called for a double dose of double explosive elements, one with a bar, one without.  The ultimate goal of the workout was to remain consistently explosive not just for one rep at at a time, but two, meaning both form and power were being pushed that much harder. 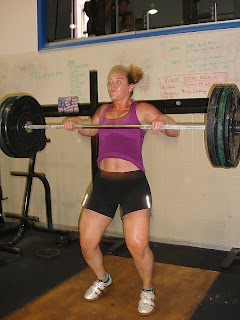 A lot of similarities between Tuesday’s strength programming and the program from two months ago (“LEARN TO LET GO“), with the slight change being that instead of jumping out, now we were jumping up (and from an unloaded position). Everyone was instructed to get in a few warm-up sets of cleans before getting started on the strength portion of the nights workout. To complete a single set, perform two back-to-back cleans, followed immediately by two seated box jumps. The workout wasn’t for time, but the transition between the two should be as direct as possible. Weight for the cleans and height for the box jumps were to be increased across the working sets as comfortable (meaning once you found a weight/height you couldn’t progress beyond, stay there for the remainder of your sets). 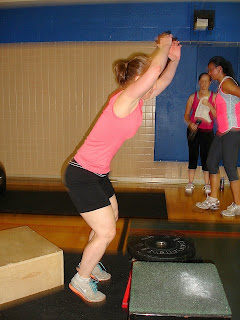 The “back-to-back” on the cleans means with as little rest as possible in between – preferably no rest at all (in May, during the workout referenced above, we described this as “touch-and-go,” which is essentially the same concept, except any re-gripping must be done in the pocket of the waist, rather than on the ground). After the first clean, lower the bar, re-grip if needed, and then perform the next clean. If you drop the bar following the first clean, reset your feet and hands as fast as possible, and then perform the next clean. Resetting should take no more than 5 to 10 seconds. Anything more than that, and you’re performing two singles in close proximity to each other, rather than an actual double. 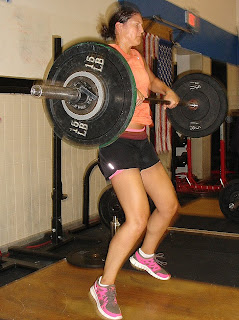 Doubles can really help teach you how to lift a weight without thinking about it, relying on muscle memory, good technique and explosive power to make the lift, rather than brute force and sloppy technique. They can be frustrating – you just made one lift at that weight, so you know you can do it, but without all the rest and prep time, you might miss it, etc. etc. – but they can deliver great results, and are well worth it. 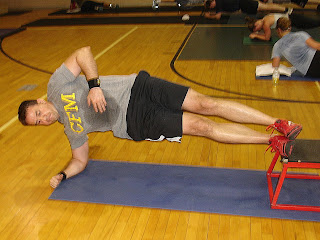 To complete, perform 12 dynamic side bridges on one side, then 12 on the other side, and then roll immediately into the plank position and hold for as long as possible. Once your core gives out, rest for roughly 30 seconds, and then begin the next round. For the dynamic side bridge, start off on your side, upper-body supported on your forearm & elbow, hips off the ground, and feet stacked one on top of the other. Lower your hips to the ground, touch, and the raise them as high as you can = 1rep. To scale up, raise your feet off the ground, either by using a bumper plate or box, or try a slam ball for added instability. 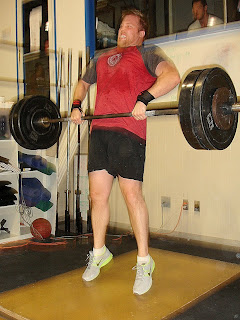 If you didn’t get the chance last night, be sure to wish Trae a happy (belated) birthday!

Also, don’t forget that this Sunday’s Elements class will focus on squat mobility and warm-up (rather than our usual skill focused class) in preparation for the 1RM squat work during the 10AM class.  Come ready to go heavy!