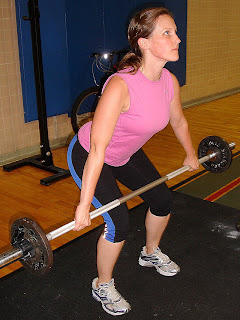 Last week we pointed out that we’ve been covering a lot of explosive movements lately, followed by a class focusing on jerks (Tuesday) and a class combining the clean and jerk (Sunday). However, it’s been nearly a month since snatches have made an appearance, and it feels like they’ve been lurking in the background, waiting for everyone to relax until… 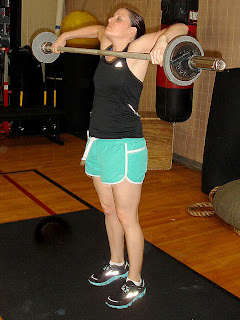 The last time we worked snatches, they were programmed as one hang hi-pull followed by one hang snatch (either power or squat). Additionally, the sets were loosely programmed as “between 8-12 working sets…, with 12 being the absolute maximum.” This allowed everyone to take their time and concentrate on the movement, namely: “to really concentrate on the explosive second pull, and, once again, really hammers the need to keep the bar in against the thighs as we execute the lift.” (“BATTEN DOWN THE SNATCHES“). For this Tuesday’s class, a more stringent parameter was put in place.

After the prep sets (plus or minus a few minutes), everyone was given 15min to find a 3 Rep Max Hang Power Snatch. Once an athlete had picked up the bar, it could not touch the ground until the after the completion of the 3rd rep. Athletes could reset their grip in the pocket of the waist, but if they dropped the bar or had to set it down to reset their grip, the set was over. 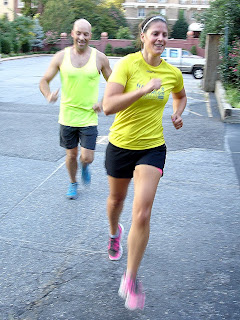 The met-con was broken up into two time segments. The first was a six minute time block in which to complete a 1k run. Any time remaining in the 6 minutes was rest. At 6 minutes however, all athletes began working through the second time block, a 7minute AMRAP of 7 burpees and 14 sit-ups. 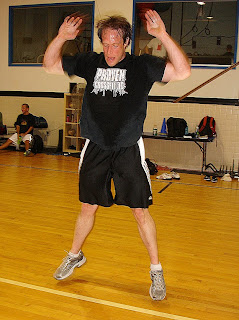 Class was closed out with a little wall assisted stretching, including a supine wall squat (knees to the chest) and cross-legged glute stretch. Awesome work, especially in a large 7pm class. Also, with regards to this coming weekend, we wanted to give you all a heads up: we WILL be having both regularly scheduled classes on Sunday morning. And since it’s labor day, expect to do some heavy labor.