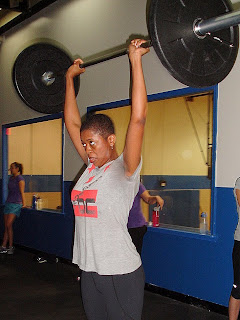 That title sort of sums up our entire operation at the moment. 6 bars, ~1000lbs of bumpers, and still running under a limited class schedule, but we’re making it work. To embrace the scenario – and hopefully in the very near future bidding it a fond farewell – class on Tuesday was made up of a single workout. No split class, no follow up met-con or mobility session. Doesn’t mean it wasn’t difficult though. 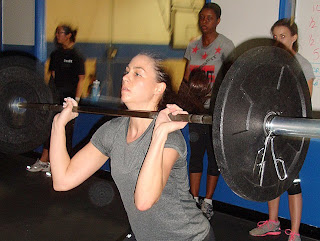 Similar to the last time we did the Bear (Bear, Jr.), we allowed movements to be combined, so that the front squat and press became a thruster, and the back squat and BTN press a BTN Thruster. Squat cleans were also allowed, meaning the first move could actually be a cluster (squat-clean-thruster). We were also pretty lenient on the transitions between reps, allowing resting and resetting, as opposed to the RX’d version which is only touch and go. The goal is to add weight each subsequent round until unable to complete a rep. 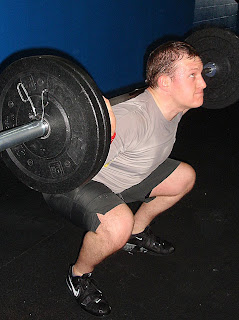 No need for a met-con after that. In fact, one of the great things about the bear, or indeed any other bar complex, is that they are a great mix of strength and conditioning in and of themselves. An “anaerobic movement … at an aerobic pace,” is how we’ve categorized it before, and while that seems an artful turn of words, it’s incredibly on point.

Hope everyone’s able to get outside today. Who cares if mid-70’s in the middle of winter is bizarre beyond words, it’s still awesome. See you all Thursday.